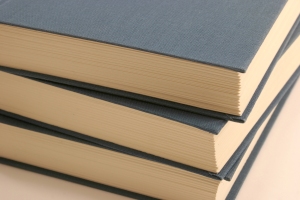 I read of a literary agent who dreaded parties. “Someone always sidles up, saying they have this great story idea, but don’t know how to write a book, and maybe one of my authors would appreciate the idea?”

The agent responds, “The problem is…”

But we’ll come back to the problem.

They say everyone has a book in them, it’s just getting it out into the world that’s hard.

These party people have ideas – good and bad – but ideas, at least. Each wants to share, to have stories created around the skeleton of an idea, for life to be breathed into sketchy characters. They just don’t commit to the page.

What drives someone to commit thoughts into words for others to read? What is the urge to share ideas and fantasies, an urge so strong that all the hurdles fall away? It drove our ancestors since the earliest days, in cave-paintings dotted around the secret places of the world through to ancient folk-tale myths like Gilgamesh (over twenty thousand years ago).

The early storyteller in the flickering campfire light was probably as much a physical actor as a wordsmith, performing action scenes, animating characters, filling the shadows with a vast supporting cast of enemies and monsters, manipulating audience emotions in real-time… and getting immediate feedback on their work.

Oh, joy! Immediate feedback; faster than the click of a speeding Like; more visceral than a harsh Amazon review.

The urge might be ancient, but it escaped me for a long time. A teenage science nerd, I was not in the circle around the campfire, spinning yarns. I hated creative writing, but perhaps that was my teacher?

In the early days, my father helped by suggesting improvements. But my dependency grew. Finally, he dictated the entire story. I’m sure he enjoyed it. A superb yarn-spinner, he would have been a tale-telling superstar in the elder days. Sadly, my homework differed so much from my classwork, my teacher remarked, “Tell your father his work is improving.”

He always gave me low exam grades, but one year he broke his arm and a new member of staff marked for him. I received top marks. That new teacher later took over my class, and from then on I always rode near the top of the class. But the damage had been done. Writing was not for me. (Thank you, old teacher, and bigger thanks to the new arrival.)

For my degree, I took painfully long to learn how to produce fifty pages of text for a Politics or Sociology essay; I felt I had said it all in three. Many scientists moving into Social Sciences suffer this experience, it seems.

I worked in Marketing. A great place for purple prose and creative exaggeration? No. I was an analyst; back to math, stats and dry, concise reports.

Then came computer programming and interactive websites… Believe me, a computer is a much stricter proof-reader than any human being. The slightest error – even a single, stray semi-colon – makes it fall into a deep sulk, or go insane and exterminate humanity. Okay, your household tablet might not be a Terminator, but even a humble tablet can have aspirations.

So, back to our literary agent. I promised you his response.

“The problem is,” he said, “authors don’t lack ideas. They have too many ideas. They lack lifespan!”

4 thoughts on “Ideas to Ink”