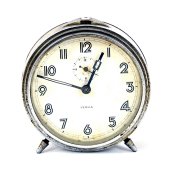 I don’t post every week. You might have noticed. So it was with some surprise that I noted my post counter showed my previous one was the 64th.

Being of a certain age, echoes of an old Beatles’ song always sound when I hear that number. (“When I’m Sixty-Four“). I also remember that sixty-four is the square of eight and the cube of four. (Yes, I was bloody good at maths.)

Being also inquisitive, I googled the number.

It starts to look as though 64 is an exotic number. But it isn’t. It’s very mundane.

I know, because I became 64 in September.

Luckily, I inherited my hair from my mother’s side. Still a full head, or at least 95%. Sadly, my teeth came from my father’s side, and a much lower percentage remains intact. And don’t ask about my right knee.

Many “baby-boomers”, born into post-war Britain, didn’t expect to live to old age, even to reach 40. It was a bleak time, with men of all ages missing from every community, bomb-damage still visible in the cities and continuing food rationing…

There was the Cold War, Korean War, Vietnam War, not to mention the Berlin Wall, Israel, Cyprus, Indonesia… and waves of war refugees trying to settle safely in Europe.

But then, little seems to change when I look back. We still have worries about Russia, Korea, Middle-East… and waves of war refugees trying to settle safely in Europe.

My generation tried to change things. And we did. We got velcro, microwave ovens and the web (bless its little silicon socks).

The world IS a better place:-

Overall – and I stress “overall” – improvements in the quality of human existence have accelerated over that period and continue to do so (despite everything politicians and bankers can do to reverse it).

Now THAT’s something to celebrate – as well as my birthday.